The Banner of the Upright Seven

Based on a novella by the Swiss poet Gottfried Keller
In 1849, Hermione, the young daughter of the rich master carpenter Frymann, is to marry a rich colleague from Zurich at her father's request. We are one year after the founding of the modern Swiss Confederation. The “Aufrechten”/Uprights, an association of friends of Zurich craftsmen and innkeepers, decide to celebrate the anniversary, for the first time under their own banner. The two spokesmen of the association, Frymann and the poor tailor Hediger, are in serious trouble: neither of the two can think of suitable words of greeting for the thousand-strong gathering. At the last minute, Karl, the tailor's youngest son, saves them with a peppy, cheerful speech that wins the hearts of the crowd in an instant. What inspires him is his love for Hermione, Frymann’s only daughter. The two would like to marry, but their fathers are against it, the rich one out of business interest, the poor one out of pride. 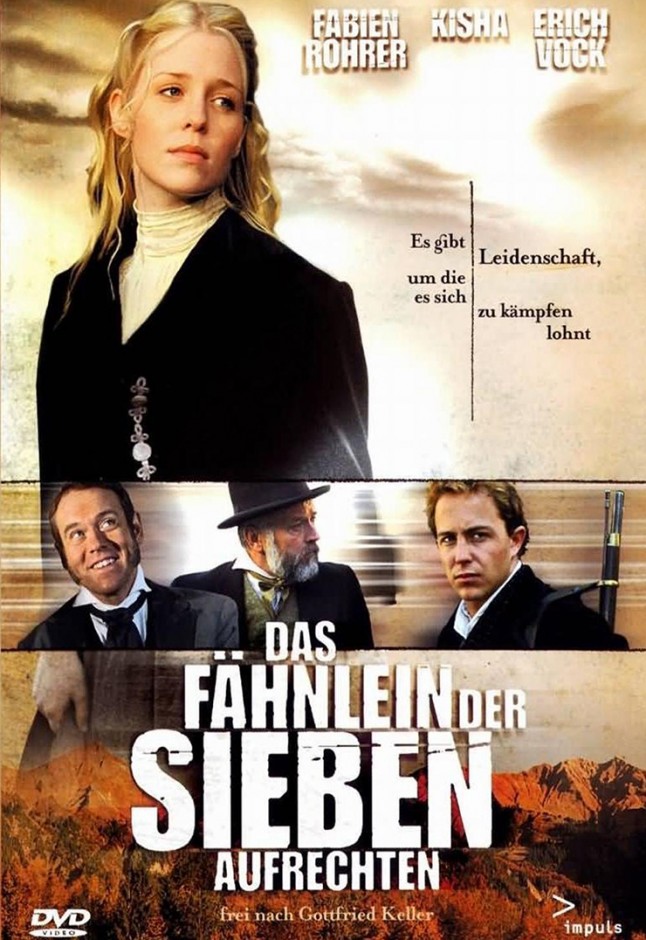 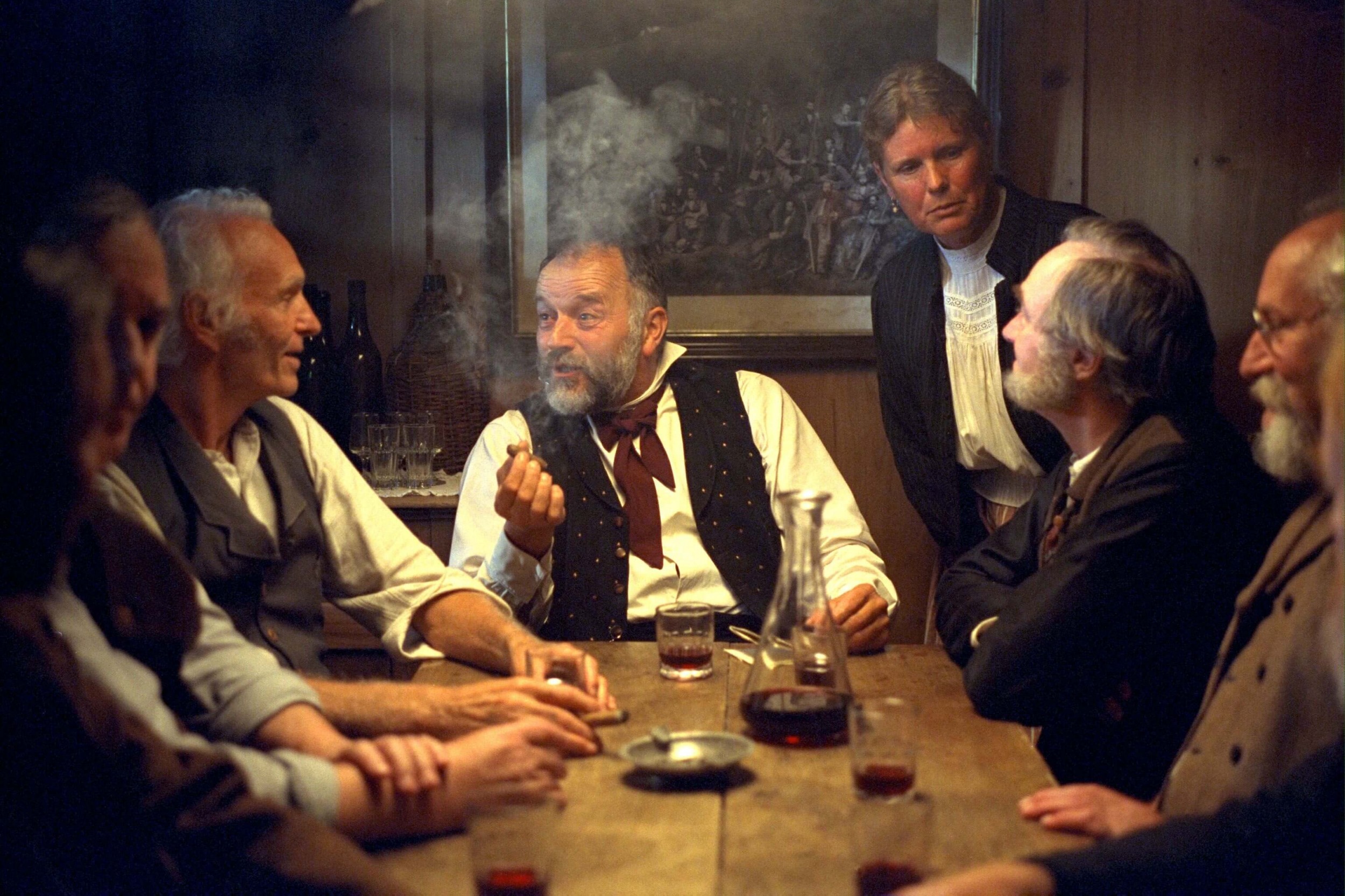 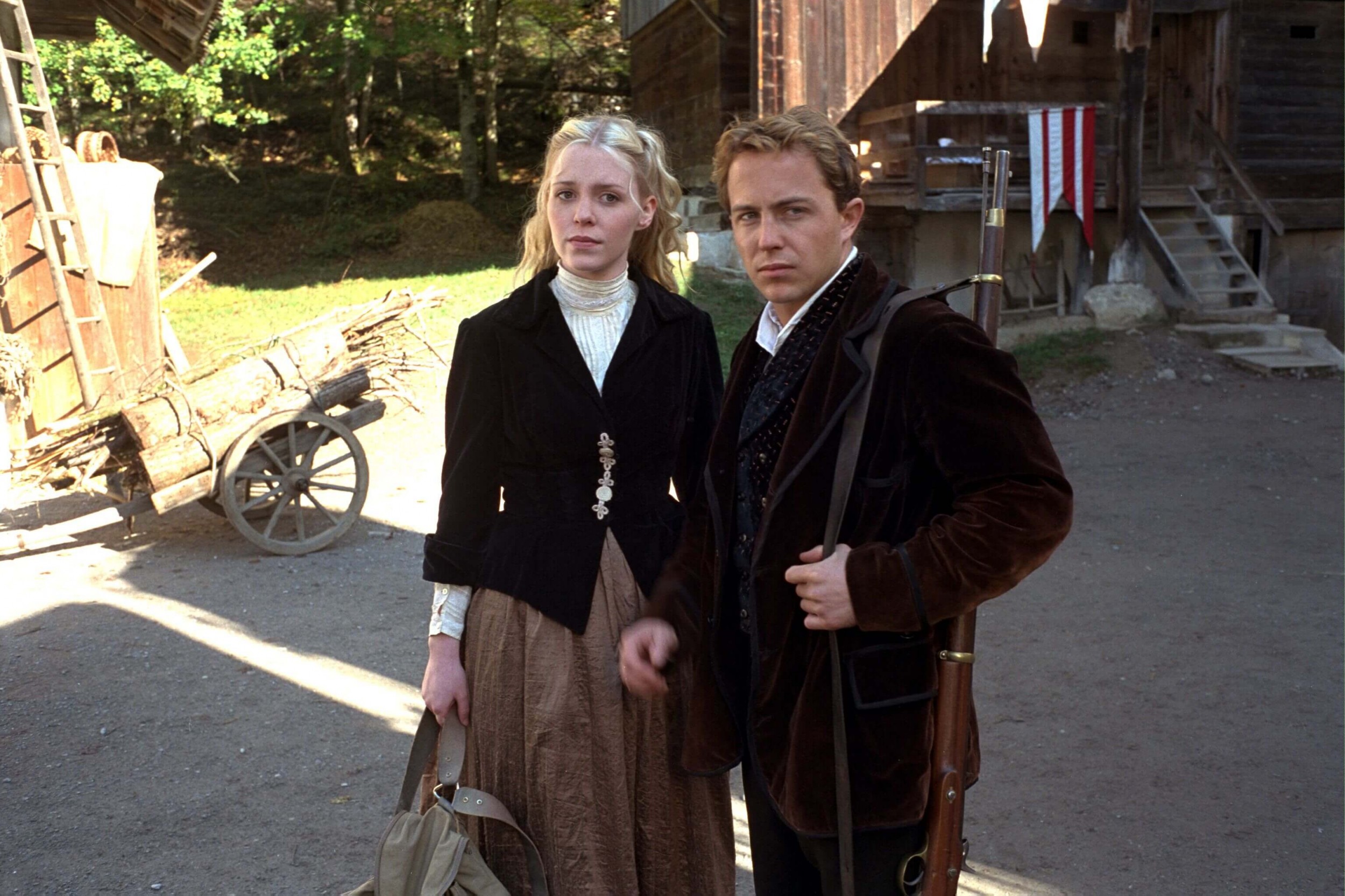